T he Silter production process is closely inspected and documented at every step – starting ingredients, manufacture, ripening, marking and labelling are all monitored. Thus, traceability is guaranteed via an official selection of breeders, producers and affineurs, kept in check by the board of inspection together with production reports from the cheese makers themselves.

The producers are obligated to record the quantity of milk used and number of cheese wheels they produce and mark, in order to allow consumers to track each phase of production, from initial ingredients to the final product. Silter DOP is identifiable using the following descriptions:

Silter DOP may be purchased in whole wheels or wedges. On the rind, one can always find two markings – the mark of origin and afire-branded stamp.

1) The mark of origin is imprinted using stencil-like sheets wrapped around the outer wall of the cheese wheelno later than 12 hours after being placed in a mold. The stencil creates a series of 80 mm anthropomorphic figures based on rock engravings found in the area, as well as two Edelweiss flowers.

2) A fire-branded stamp bearing “SILTER” in the shape of an arch, with “DOP” at its center. A plowing scene taken from a particular engraving in Valcamonica sits below, flanked on both sides by two Edelweiss flowers under the letters “S” and “R”. This logo is branded on at least one flat side of the wheel no earlier than 100 days after production. 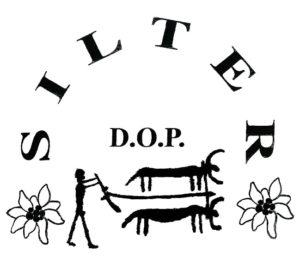 Both markings are taken from the rock engraving filled archeological site of Naquane in Capo di Ponte, the first Italian site to be designated a UNESCO World Heritage Site in 1979. 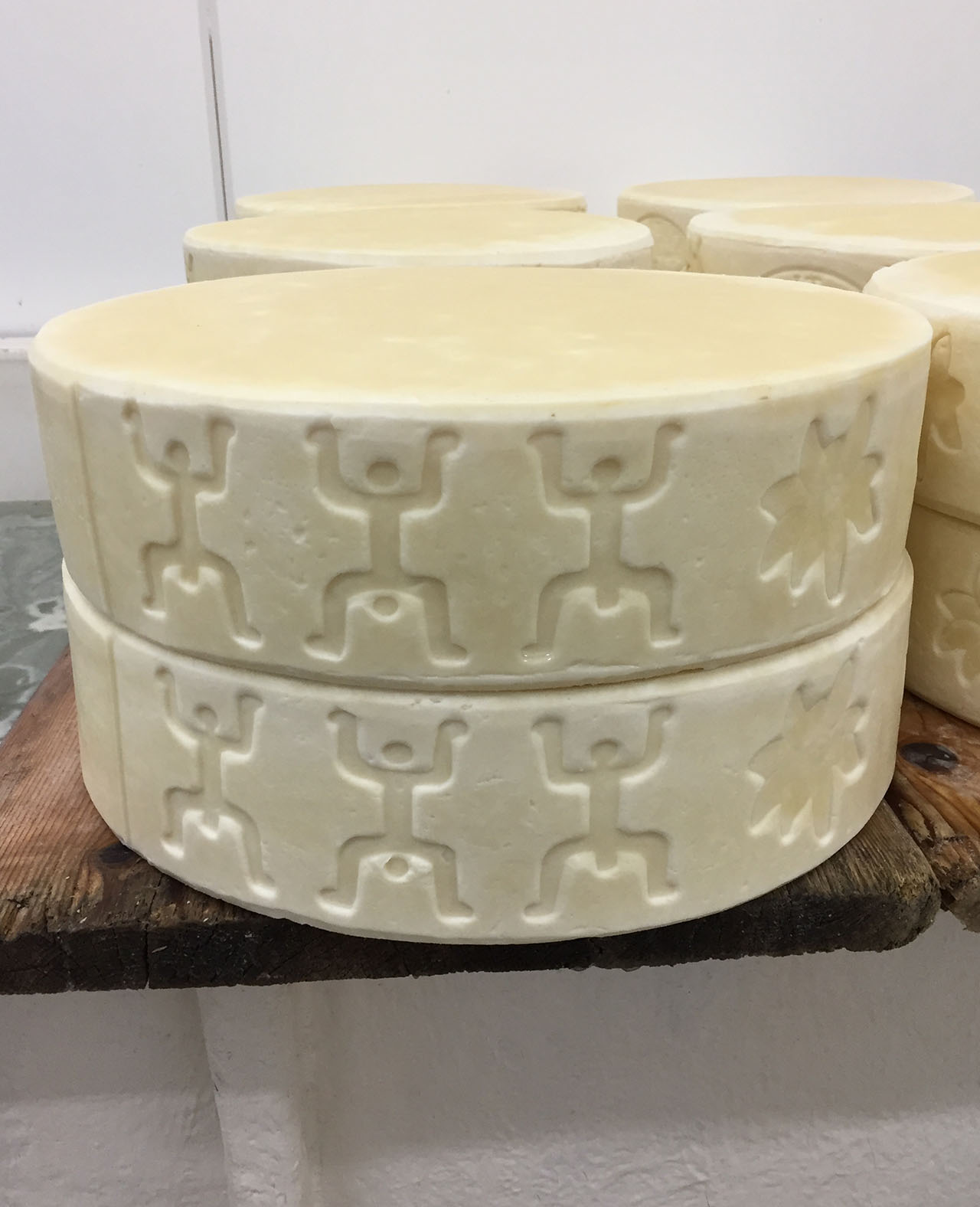 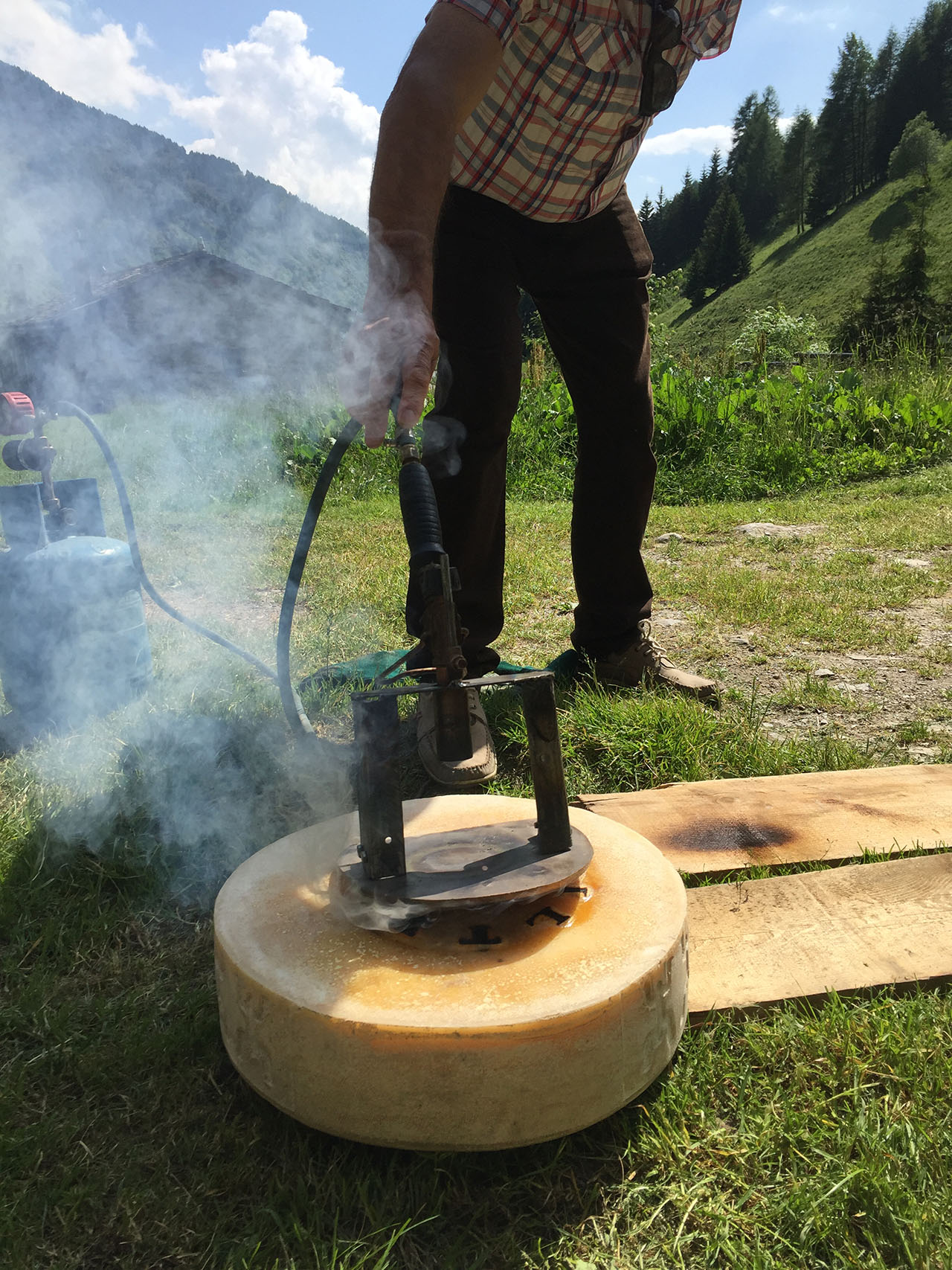 A label with the Silter DOP logo is visible on every wheel and package, as well as any informationrequired by law.

Each pre-packaged wedge should include a section of the rind displaying the mark of origin. Silter re-packaged and bought in-store won’t necessarily have any markings.
The logo should respect the following guidelines:
• Markings must be completely visible
• The background of the markings must be ochre-yellow (RGB: R196, G145, B35; CMYK C13, M42, Y94, K0)
• Proportions and shapes are to be maintained 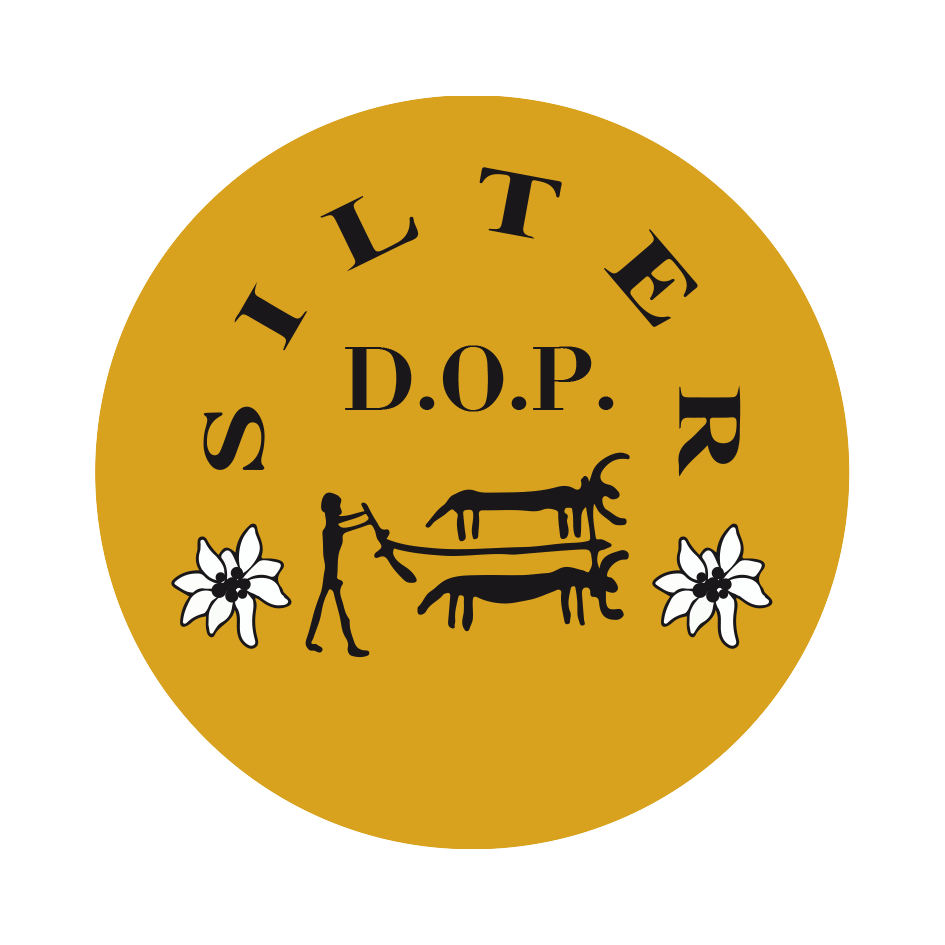